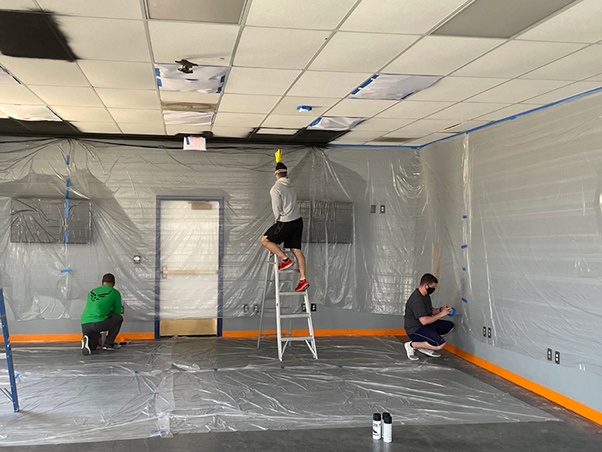 The Edwards Air Force Base Civilian/Military Support Group announced at their monthly board meeting on April 8 that the organization has made a donation of funds towards the first phase of upgrades at the Edwards AFB Airman Leadership School.  The project, which is expected to take two months to complete, began in March and will consist of a student resource space in one of the buildings on the ALS campus and an instructor room, which, according to Staff Sgt. Nicholas Covello, an instructor at the ALS, is “something we haven’t had in at least 10 years.

The resource center will allow for a more comfortable learning environment where students can work on their studies both individually and as a team while the instructor room will serve as a much needed work space for the ALS instructors.  Civ/Mil’s donation will support the cost of the project to include paint, fixtures, furniture and electronics.

“The staff wanted to create an experience for each student walking through those doors, and being a great schoolhouse when attending as a student is the difference between being a good ALS and a great ALS,” said Master Sgt. Chad Hardesty, Edwards AFB ALS Commandant.  “I think as an Airman Leadership School, if you can get two things right – having clear direction on the type of culture, and bringing in the right instructors who can execute the vision – then every student will leave with an experience of a lifetime.”

Civ/Mil is a local, community-based non-profit organization founded in 1985 by local business woman and civic leader Aida O’Connor who passed away in 2019.  According to their website, “The purpose and general nature of the Edwards Air Force Base Civilian/Military Support Group is to establish a friendly benevolent association of civic leaders and military personnel at Edwards Air Force Base, to act as a host group whenever needed and additionally, to consider an annual service project to benefit EAFB.”

Past Civ/Mil projects include construction of the flag park across from Air Force Test Center headquarters (Bldg. 1), renovation and sustainment of Higher Grounds (a social gathering space in the dormitory complex), carpet at the Airman’s Attic and ongoing support of the Airman’s Emergency Relief fund which is run by the First Sergeants’ Council.

“Aida O’Connor was an amazing servant leader to the local community and Edwards Air Force Base,” Hardesty said.  “This room will exemplify what she did for our Airmen each and every day, ensuring that a culture of excellence was feasible.  She never allowed someone for one second to forget how amazing they are and that with hard work anything is achievable.  To have a space where Airmen can do just that each and every day makes this room much more special to us and the memory of Aida O’Connor.” 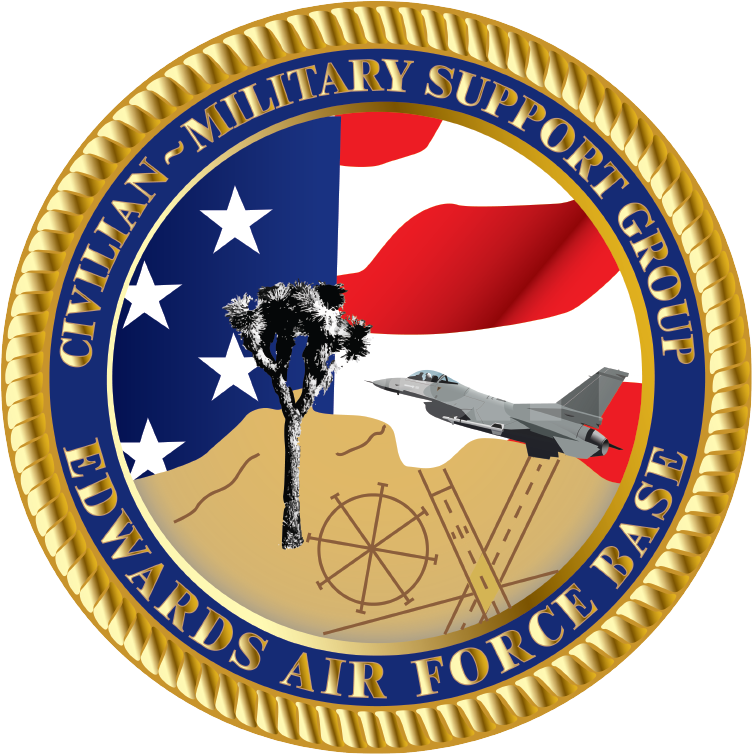 The purpose and general nature of the Edwards Air Force Base Civilian/Military Support Group is to establish a friendly benevolent association of civic leaders and military personnel at Edwards Air Force Base, to act as a host group whenever needed and additionally, to consider an annual service project to benefit EAFB.